In 1919, shortly after his Schadograph photograms, ChristianSchad (1894-1982) made a set of material collages in Geneva, the center of the DADA movement back then. Like Picasso, he used Ripolin house paint as colorant.
The poster was a contribution to the 2011 conference „From Can to Canvas, Early uses of house paints by Picasso and his contemporaries in the first half of the 20th century“, Marseille. 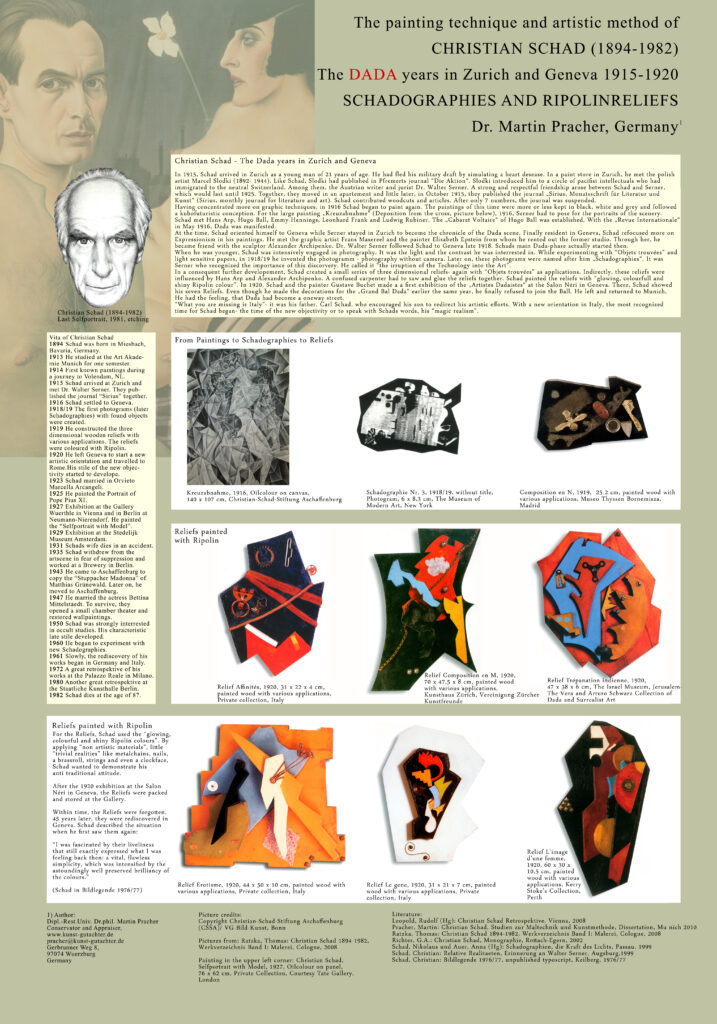